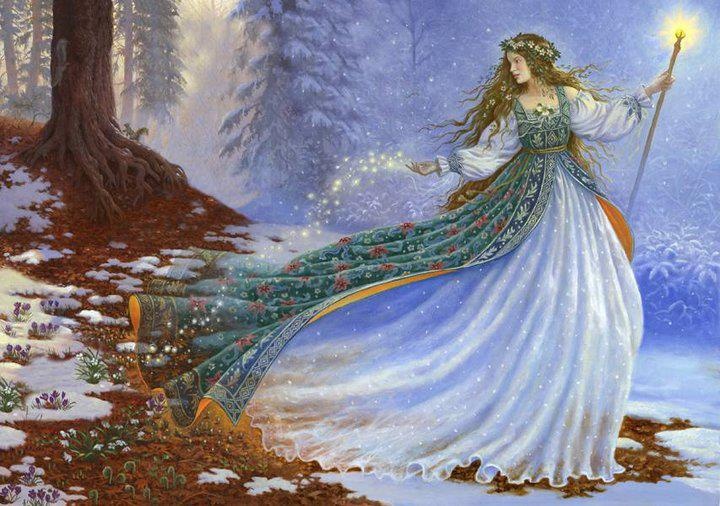 It is a festival of fertility and light where we are invited to celebrate the first signs of spring, the start of the agricultural year. Imbolc is midway through winter and celebrates the growing light. We are saying goodbye to the crone months of winter and welcoming the Goddess in her maiden form. 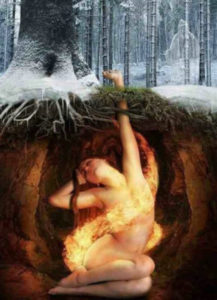 Traditionally women would gather to celebrate and welcome the Goddess embodied as Brigid. This is generally a time of celebration, the birth of livestock and the blessings we are to receive. It is also a holiday which is centered on the household, and freshening up your home getting ready for spring.

Ideas for an Imbolc Ritual:

*At sunset, light candles safely in every room to celebrate the sun’s birth.

*Visit a river or stream. If it is clean and safe splash some over yourself as a symbol of purification.

*Create a cleansing bath ritual for yourself. This will not only nourish your body but purify your mind and soul.

*Plant seeds and start planning what you will grow now winter is starting to pass!

The Legend of Brigid:

St. Brigid’s Day is on February 1st each year as the light of the sun begins to return.

To the ancient Celts, the Goddess Brigid was venerated at the Goddess of the eternal flame.
At her temple at Cil Dare, an eternal fire burned tended by 19 virgins.

The number 19 is significant as it is the Metonic Lunar Cycle of 235 Lunar Months or 19 years at the end of which the the phases of the moon repeat in exactly the same way.

In c. 480AD, a Christian Monestary was built at the site of the Goddess temple, now called Kildare.
A Sacred Fire continued to burn at Kildare, the fire now representing the new light of Christianity, and the nuns who tended it were called, “The Daughters of the Flame”.

“In the 12th century the Welsh Chronicler Giraldus Cambrensis (Gerald of Wales) visited Kildare and recorded that the fire of Saint Brigid was still burning and attended by twenty “servants of the Lord” a clear reference to the tradition that each day, for nineteen days, a different priestess (or nun), would keep vigil over the sacred fire but on the twentieth day Brigid would tend the flame herself. By the time of Gerald’s writing the fire had been burning continuously for at least 600 years, probably several hundred more, yet had apparently never had its ashes cleaned out, yet the ashes never seemed to increase in size.”

No Male was ever allowed to come near the eternal flame and these women were not allowed to associate with men.

“In 1220 the Arch-Bishop of Dublin, Henry of London, ordered the flame extinguished. It is said the locals quickly re-lit it and the Eternal flame survived up to the suppression of the monasteries in the sixteenth century. When king Henry the 8th VIII ordered the destruction of monasteries, the flame was extinguished but never forgotten.”

The flame was re-ignited in 1807 on Saint Brigid’s day, 1st February. The the Bishop of Kildare, Daniel Delany, commenced the restoration of the the ancient order of the Sisterhood of Saint Brigid with the clear intention to revive her legacy.

About a hundred and fifty years later, the Vatican de-canonized St. Brigid in the 1960’s saying there was insufficient proof of her sanctity or existence.

“The flame was again re-ignited in 1993 at a conference, entitled “Brigid: Prophetess, Earthwoman, Peacemaker” held in celebration of the tenth anniversary of the Saint Brigid’s Peace Cross Project, Mary Teresa Cullen, the then leader of the Brigidine Sisters, re-kindled the Eternal flame in a ceremony in Kildare’s Market Square. Since then, the Brigidine Sisters have tended the flame in their centre, ‘Solas Bhride’ (Light of Brigid) in Kildare.

As Breo-Saighead (Fiery Arrow), Brigid was known as The Flame of Ireland; She is clearly the best example of the survival of an ancient Goddess into Christian times; disowned by the church, dismantled by the very hands that rocked her cradle, yet still held in high reverence by the people.” 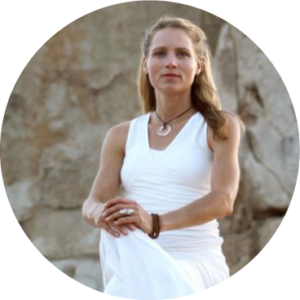 Elizabeth Wilcock
Elizabeth Wilcock is a mystic trail-blazer and creator of the Priestess Path Lineages of Light initiating women into the sacred arts. For most of her adult life she has trained with masters and grandmasters in shamanism, martial arts, qigong, and mysticism. She has ventured on 70 Ayahuasca journeys and has earned five black belts in Shaolin kung fu, becoming the first female master in her martial art organization. She owned and operated five marital art schools and qigong centers and has trained thousands of students. She is also an initiated priestess and combines her years of experience into her Priestess Path initiations. She is also married to David Wilcock, well-known author, UFO researcher, TV personality, and Ancient Alien theorist. 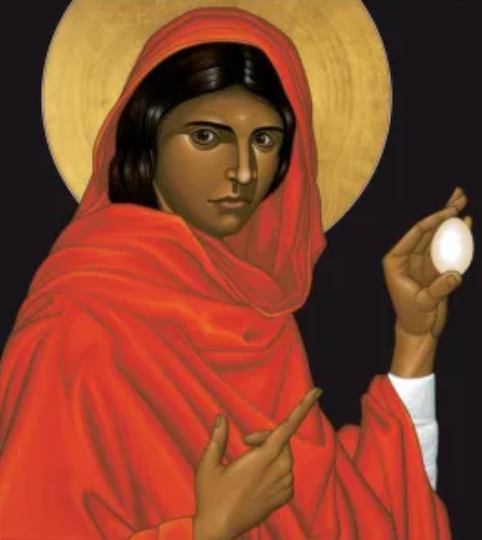 July 22nd is the Feast Day of Mary of Magdala. She carries an archetype of the sacred feminine and feminine Christ. For centuries, Mary Magdalene was thought of as a sinner and prostitute, but the discovery of the Gospel of Mary and it's publication in the mid 20th... 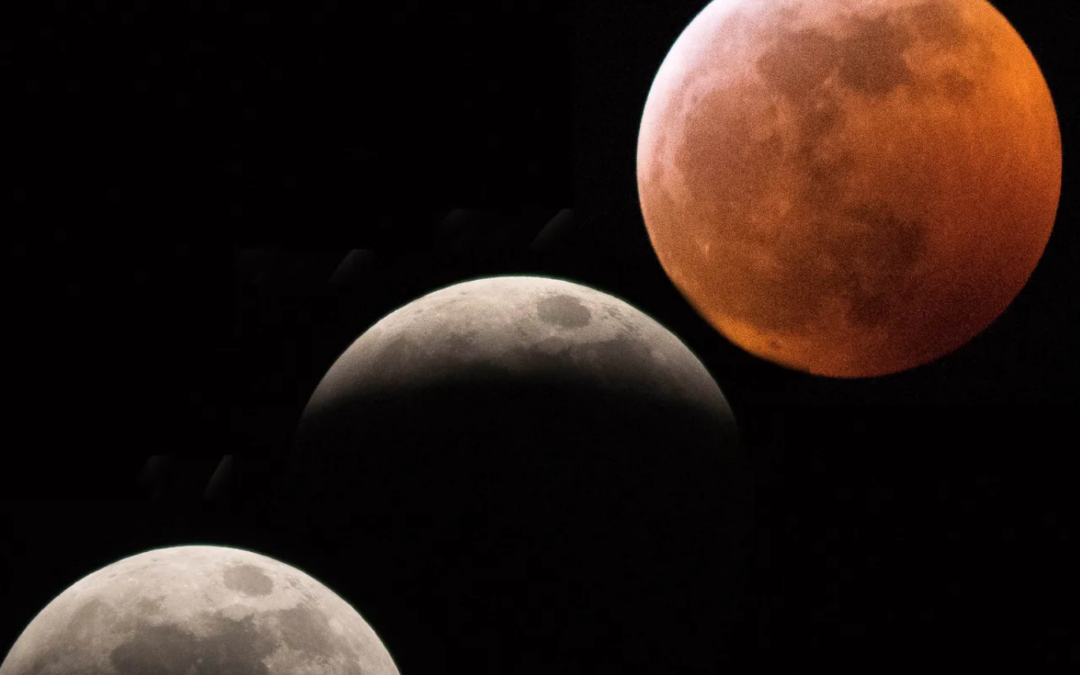 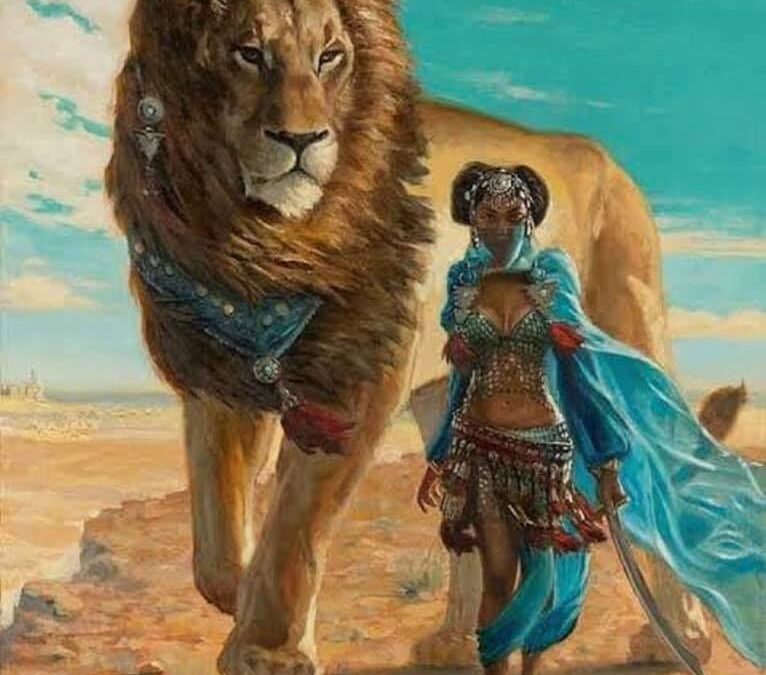 I Stand Rooted in Peace 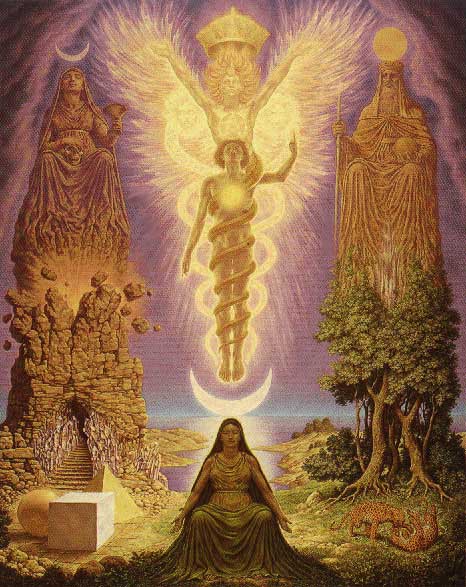 The Great Awakening Elizabeth Wilcock David Wilcock. As we move through the higher vibrations that are transforming this world, the revelation of darkness is key — as is the revelation of the light. Now is a potent time to remember who you really are. An eternal being made of God light learning and earning as you travel on your way home to the world of spirit and the One Infinite Creator.

A Call for Peace: My letter to the UFO/Disclosure Community

I am Elizabeth Wilcock -- wife of David Wilcock, founder of the Priestess Path Lineages of Light, and a temple holder and initiator of sacred warriors, with a focus on the divine feminine. In light of an ongoing series of very serious attacks we are suffering, this is...